“The lovers and friends of God know that the world can be harsh, and that the times in which we live are difficult and dangerous. They are able to see that the problems are only the surface. Under the anger and agitation, a river of love still flows through every human being.
— Eknath Easwaran

As thousands of people are still dying in the COVID-19 pandemic, and as millions more become sick, some with long-lasting effects, it is tempting for us to give up in fear, despair, or hopelessness. As if all that was not enough, we are further entangled in sorrow by the suffering caused by racism and the abridgement rights around the world. Eknath Easwaran, a spiritual teacher, calls these “lovers God”. They keep the river flowing, regardless of their religious views.

Convergence: Courage during a CrisisIt is a positive documentary featuring Orlando von Einsiedel and ten other directors. It was filmed in the early days after the pandemic in 2020 and presents stories of ordinary people in the United States and other countries.

Hassan Akkad is a refugee from Syria who was tortured during war in Syria and is now showing compassion. He is willing to help other migrants clean out the wards. This includes cleaning up equipment, beds, and furniture for doctors and patients. When he learns that the government will not offer a healthcare worker benefit, he makes a viral video to highlight their importance in fighting the disease. He is able to change national policy.

A Wuhan man is profiled who offers his services to drive medical workers between shifts, when other transportation options are not available. A woman from Brazil, who spent time in prison, now drives emergency vehicles through the slums to pick up the sick and dying. Dr. Armen Henderson is a Black doctor in Miami who takes care of the homeless while being profiled by police. 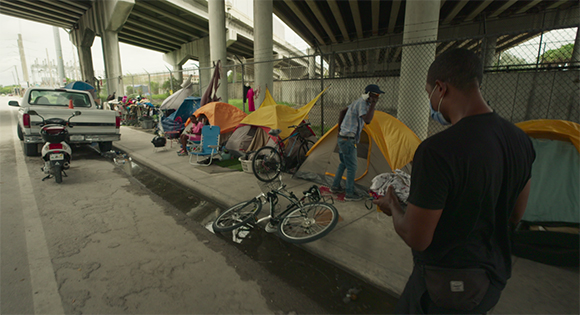 We need people who can see the light in others’ suffering and put them first. Every spiritual tradition in the world has stories about people who use their talents, time, and energy to benefit others. He did the same with his Oscar-winning documentary The White HelmetsWith his message of courage, love and compassion, von Einsiedel brings us to tears.